This is the latest release of the 'Dingenskirchen' map for 'Wolfenstein: Enemy Territory', which originally began as a collaboration between Phisherman and Kemon.

-----Story-----
December 1944: Allied forces threaten to cross the Siegfried Line and advance into Germany. In a strategy meeting in an Eifel castle, German Armed Forces High Command has worked out plans on how to repel the invaders. Allied Intelligence wants these plans destroyed before they can be distributed to the front line.

A note to 'Return to Castle Wolfenstein' fans:

Unlike the previous releases of the map, this is a heavily consored version which has had all the authentic and historically accurate World War 2 imagery removed from it and therefore resembles a standard 'Wolfenstein: Enemy Territory' map, rather than a tribute to 'Return to Castle Wolfenstein'.

If you want the uncensored and historically accurate version of 'Dingenskirchen' please download the previous versions instead. 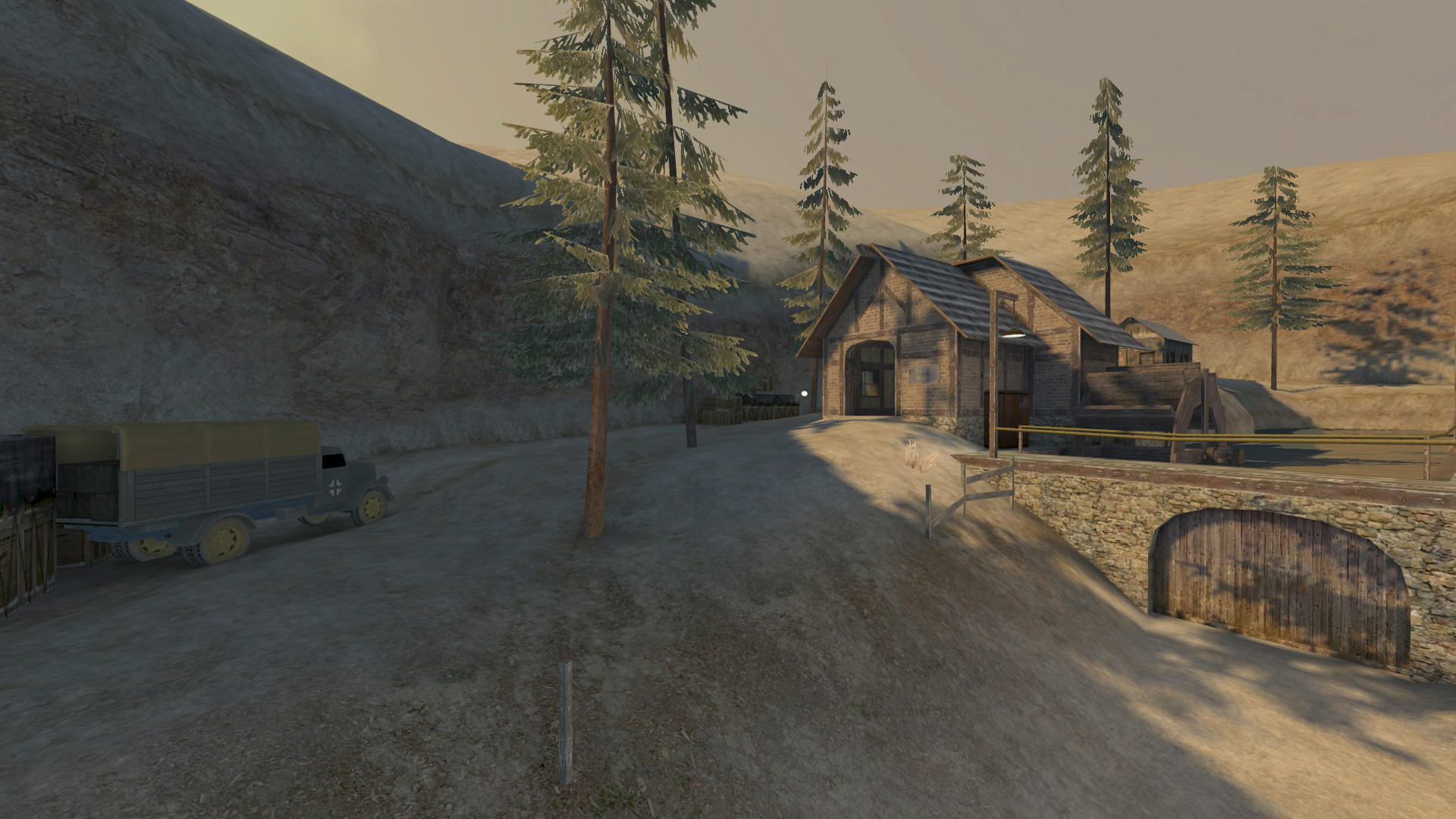 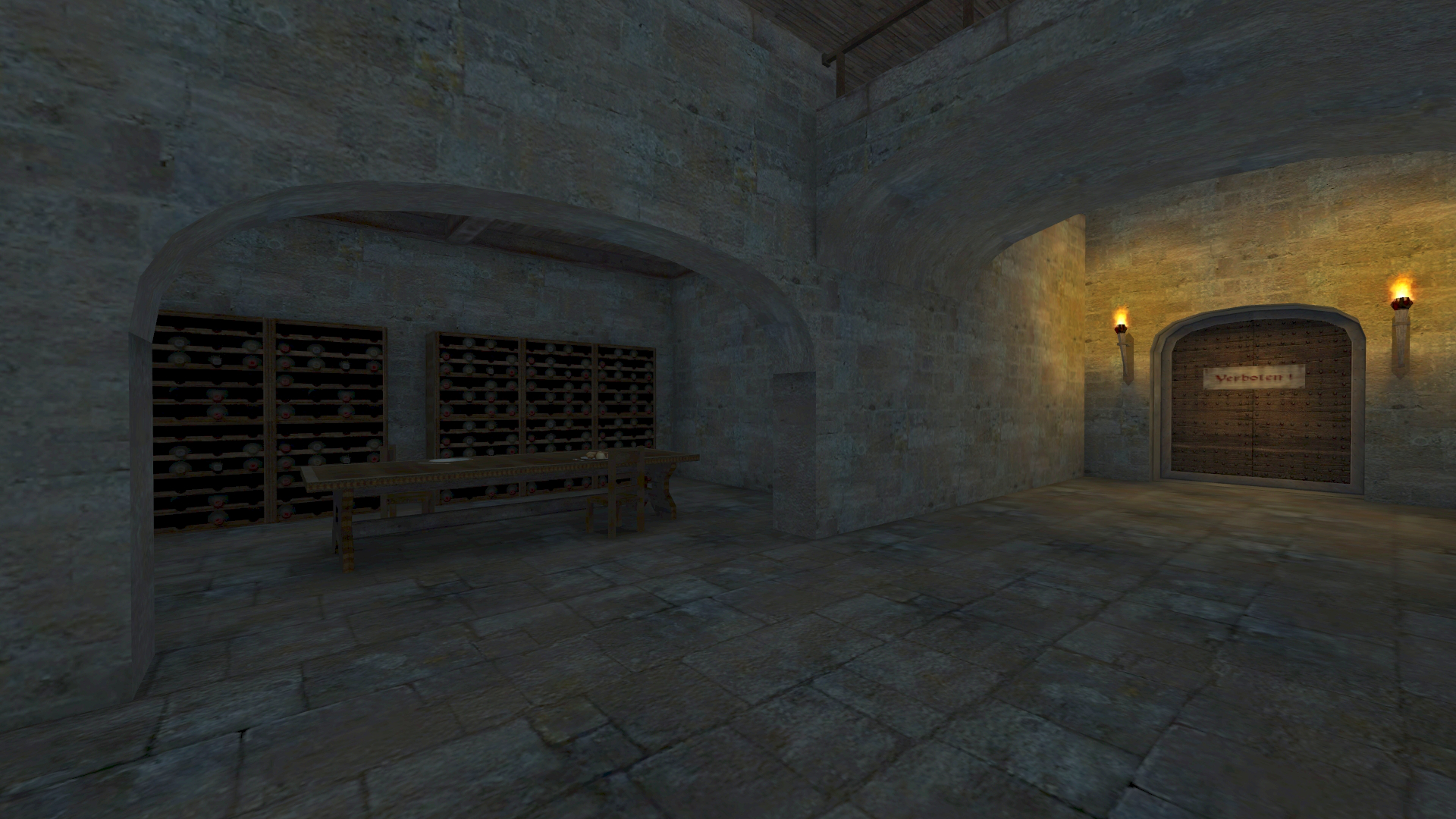 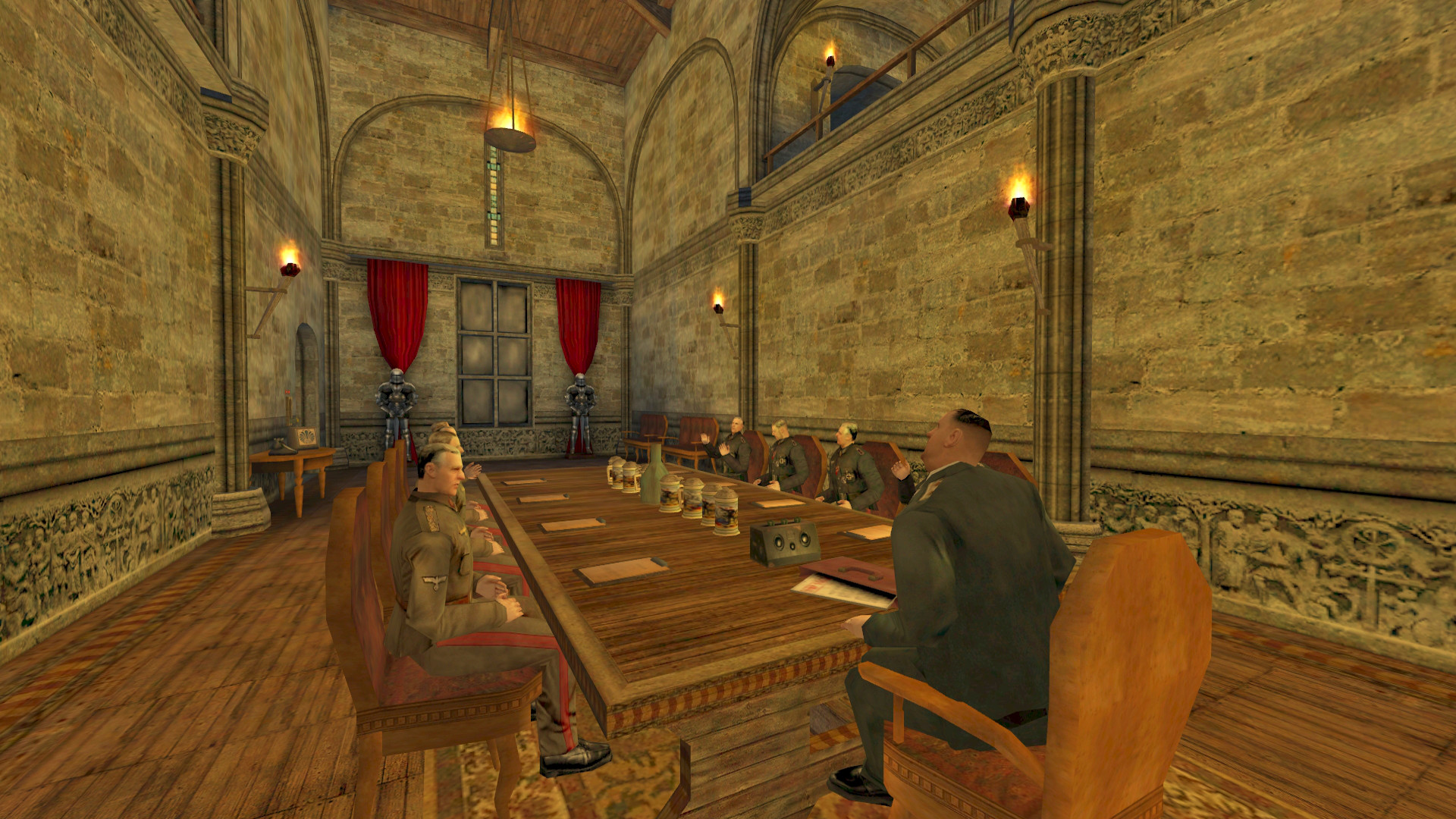 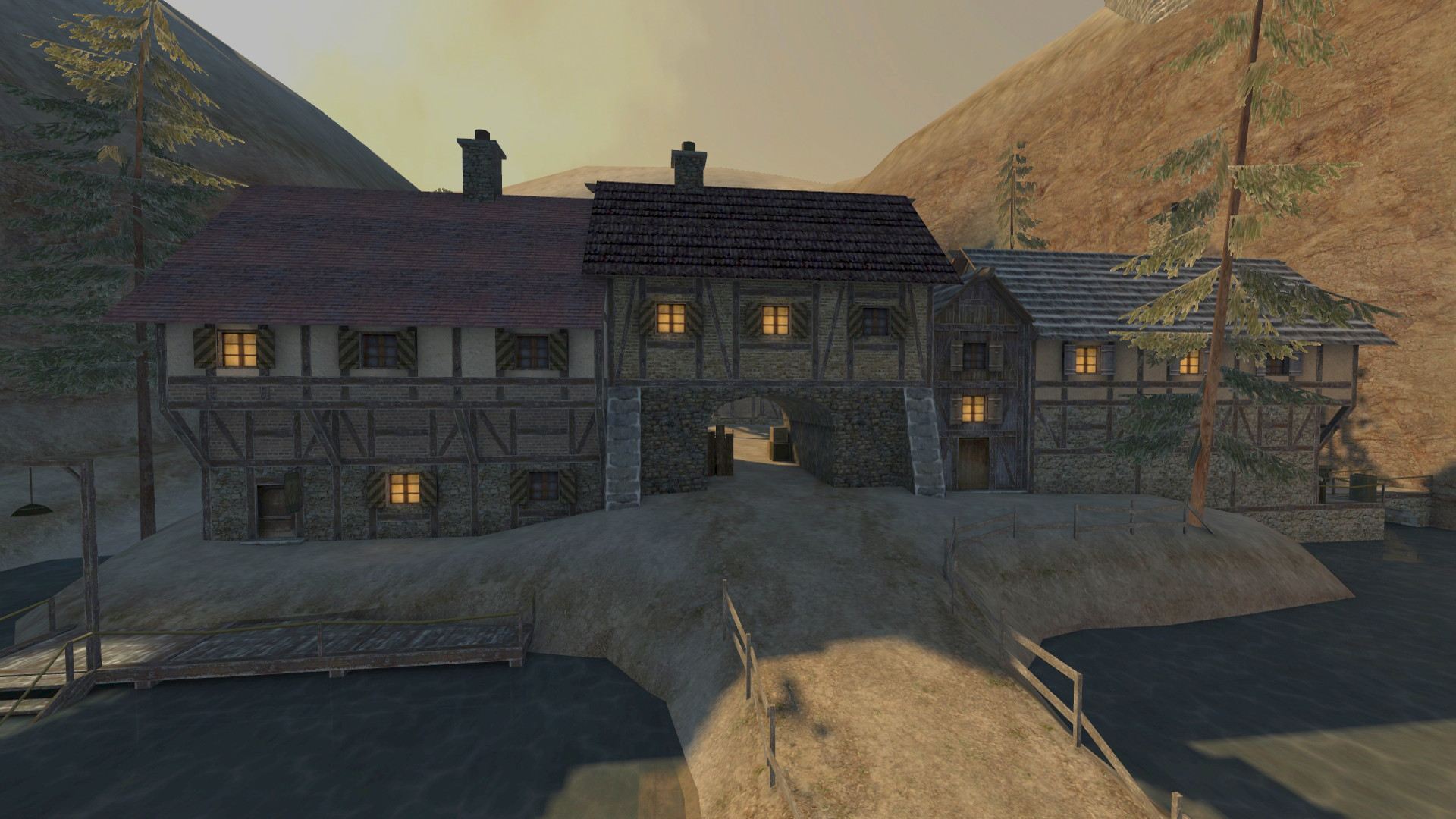 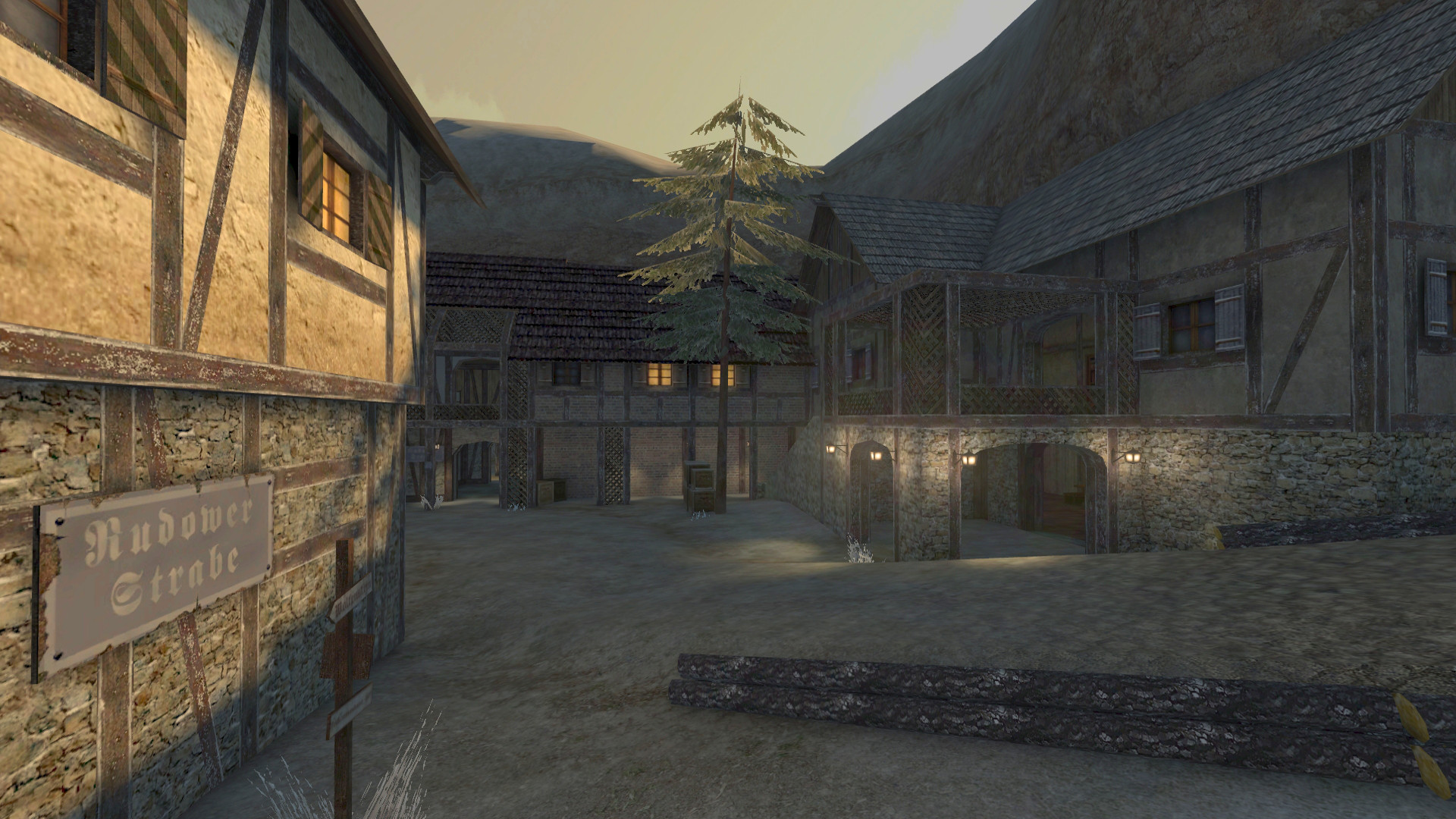 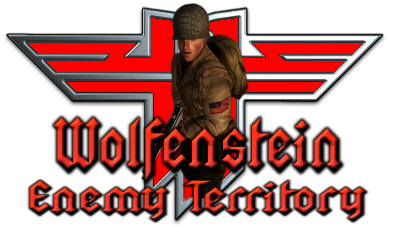